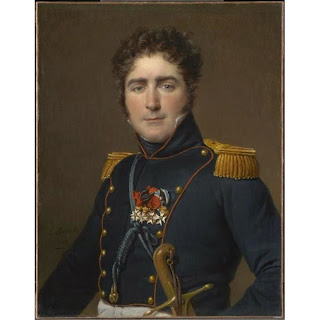 The Comte de Turenne is portrayed wearing a uniform and medals, which record his distinguished service in the French army. David added another military symbol, a sword, after most of the painting was complete; its hilt has since become slightly translucent. Both the sitter and the artist were closely associated with Napoleon, who had been defeated in Waterloo in 1815, a year before this portrait was painted. By 1816, both the count and David were living in exile in Brussels.

Why would this man want his portrait painted in uniform?

What role does authority play in aggression? Is aggression more permissible if it is coming from a superior?