Dead Christ with Joseph of Arimathea and Nicodemus (Sepulcrum Christi)

Dead Christ with Joseph of Arimathea and Nicodemus (Sepulcrum Christi) 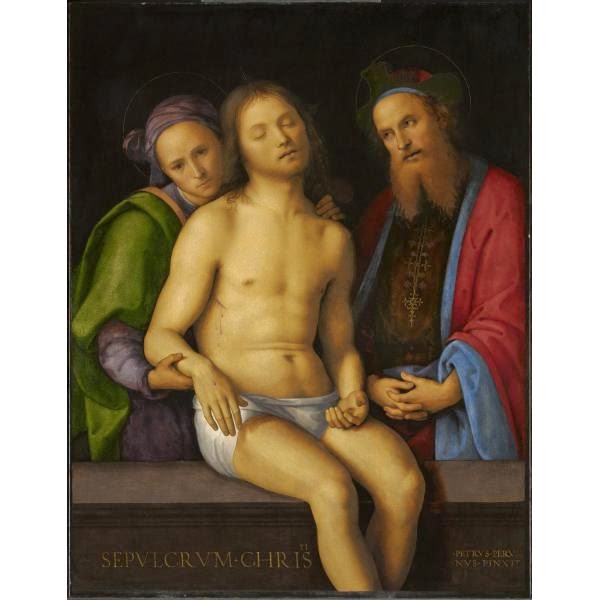 Joseph of Arimathea looks on contemplatively as a tearful Nicodemus supports Christ’s lifeless body on a stone tomb, which is inscribed in Latin with the artist’s name and the work’s subject, “sepulcher of Christ.” The painting may originally have been positioned above an altar in a private chapel, where its somber mood was meant to encourage devotion and prayer. Despite his bloody wounds, Christ is depicted with an idealized body, like that of a classical statue, and a serene expression, suggesting his eventual triumph over death.