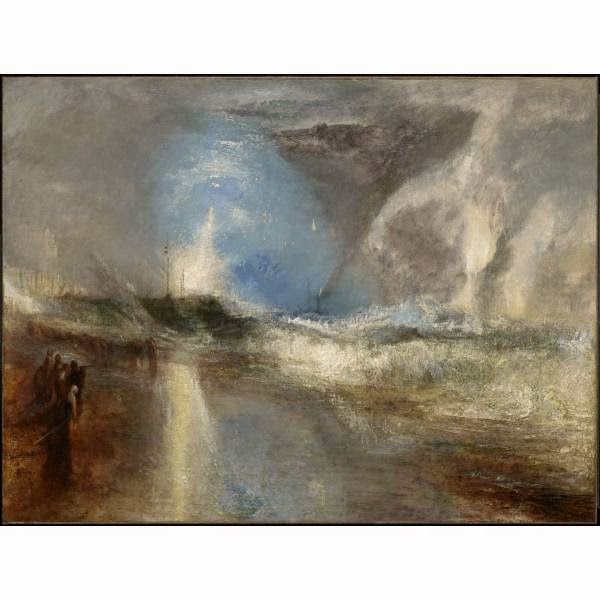 Rockets and Blue Lights, or to give the work its full title, Rockets and Blue Lights (Close at Hand) to Warn Steamboats of Shoal Water is a painting by Joseph Mallord William Turner. It is fairly typical Turner seascape, all swirling colours, smoke and seaspray, painted by an artist who is often regarded as the greatest British painter that ever lived. Dated to the year 1840 the painting passed through a number of hands until it was purchased in 1932 by an American couple Mr and Mrs Clark, and is now in the ownership of the Clark Art Institute of Williamstown, Massachusetts.