1st visit to the Musée Alsacien 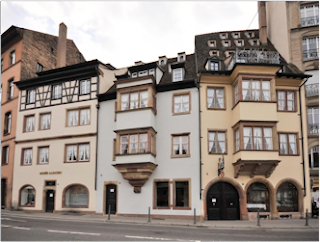 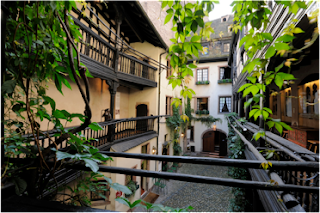 The Alsatian Museum seen from the Quai Saint-Nicolas

The courtyard of Alsatian Museum

The collections of the Museum occupy three old Alsatian

(23 to 25 Quai Saint-Nicolas) and present through objects and sets the lives of wealthy rural families Alsatian the eighteenth and nineteenth centuries.

A tour through the museum told to evoke the rural society of the nineteenth century in Alsace and highlight – without trial – situations that generate violence.

Life in the countryside, which was Catholic, Protestant or Jewish (the three religions Concordat) was held in the village, in a rich farm than Wolfisheim or more modest. Some farms were richly decorated and it was not uncommon for a decorative motif or inscription makes direct reference to religion from its owners. As for the Muslim community is not represented in the museum collections Alsace since it was formed until 1950. 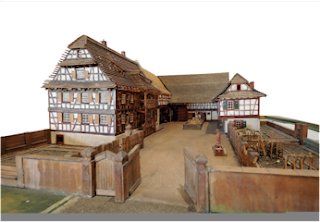 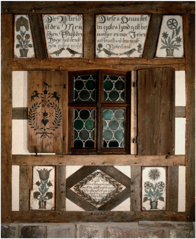 Scale model of a farm Wolfisheim 1814

Wall decorated with a firm Issenhausen

When a girl is married, she usually married a young man who lived in the same town, had the same social level and the same religion it. The great moments of marriage took place in the beautiful dining-living of the house, part that Alsatian named Stub. At the time, marriages between young people of different religions were rare and very unpopular. One was talking between coreligionists, with a consequent lack of knowledge of different religious communities, hence the existence of many prejudices. 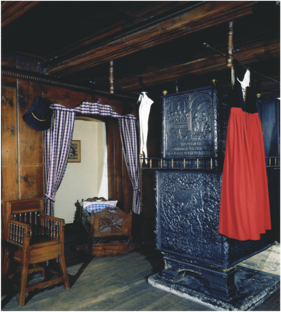 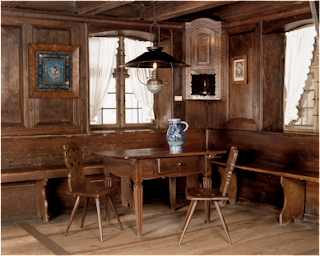 If the sumptuary laws (marking the social level through many behaviors which vestimentation) disappear at the end of the eighteenth century, religious differentiation is still fresh in the Alsatian costume nineteenth century. A young Protestant girl (green skirt, purple) is very different from a Catholic girl (red skirt) and they do not frequented in the small villages. 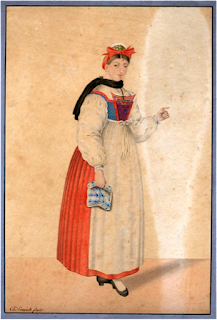 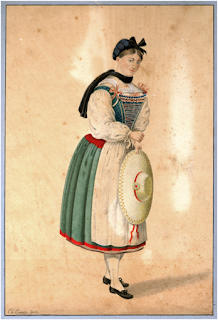 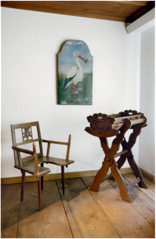 Childbirth was once held in the house where the woman in labor was assisted by a midwife same religion it. 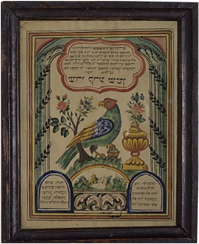